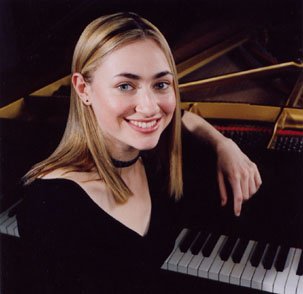 Nicola Eimer graduated from the Juilliard School, where she studied with Joseph Kalichstein on the Master's programme. She has made her concerto debuts at the Barbican and Wigmore Hall, and has also given several solo recitals at venues including Steinway Hall, the Garrick Club and St. James' Piccadilly. Nicola has also performed in solo and chamber music concerts abroad, including those in Italy, Austria and the United States.

Nicola began her undergraduate studies in London at the Royal Academy of Music, where she had a scholarship to study with Christopher Elton. She has received generous support from the Countess of Munster Musical Trust, and has also been awarded a Fulbright Scholarship.

"The pianist Nicola Eimer is already an outstanding artist" - The Strad