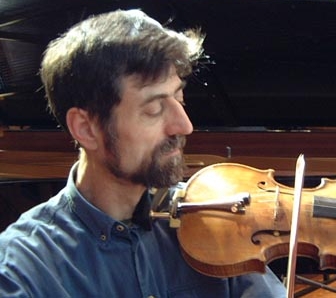 William Benham was a student and quirister at Winchester College, studying the violin with John Sealey. Subsequent teachers included Jean Pougnet, with whose orchestra he performed numerous major concertos, and ultimately Alfredo Campoli. He started his professional career as Leader of the London Ballet Orchestra, moving on to join the Bath Festival Orchestra under Yehudi Menhuin. Subsequently he became first violin with the London Symphony Orchestra for many years, before leaving to become leader of the Northern Symphonia in Newcastle. Chamber music, recording contracts and international recitals also occupied much of his time until his recent retirement. He now continues to work with chamber-groups and as a solo recitalist. A recent CD of a concert he gave with Colin Peters in February 2004 raised over £1000 for charity.